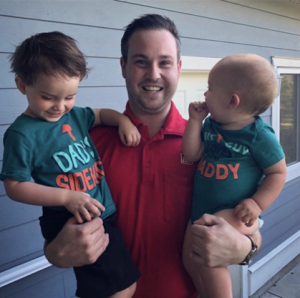 Sean Dooley is a Mental Health Advocate and former hockey Player. Sean played professionally in Europe and was the Junior Development Officer for the country of Ireland and a delegate to the IIHF. Sean was a Coach with the Kootenay Ice Major Midget Team for two seasons in 2011 -2013 and then was the Coach and General Manager with the Nelson Leafs for six seasons. Sean is currently coaching with the local High School Hockey Academy in Nelson.

Sean has worked diligently with mental health programs in the Kootenay’s and throughout British Columbia. Sean Launched a local mental health program in 2015 called Breakout that works with local programs and schools. Sean Lives in Nelson with his wife Courtney and his two young boys, Boone and Dekker where they run a family hardware business.